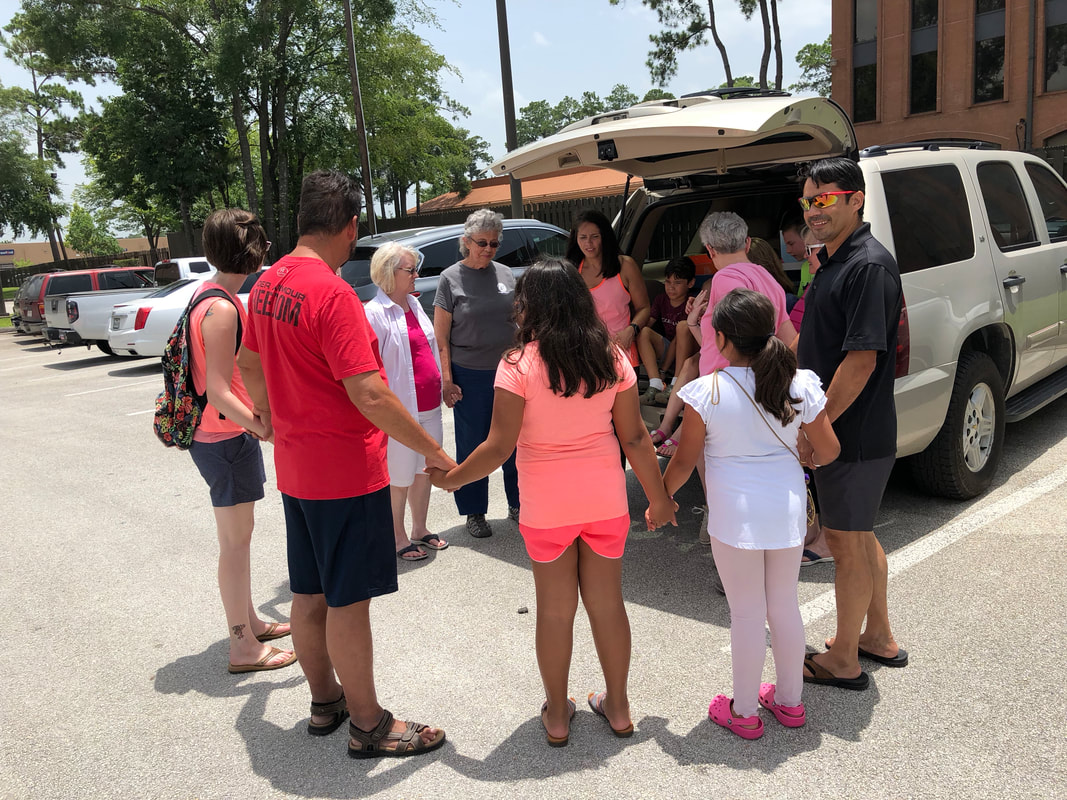 The Beginning
It all started in early January. I was at a Bible study with some ladies from our church.
It was all about hearing God’s voice and acting upon what He said. One morning as I was praying I knew He was speaking to me. It left me in tears.

I was 75 years old and not in great shape! The years had taken a toll on me but He was definitely calling me! He was showing me a need that I had clearly missed or, at least not felt impacting me directly. He began to lay out a place that people could come to for healing, prayer, to learn skills, to read, to become part of society again...or for the first time. His presence was palatable! I could not deny the message I was hearing and seeing.

Then I was presented with sharing it with someone. My husband was the obvious choice, but he would probably think I was going off the deep end. WAS I? He was usually right. So I just silently wrote it all down in my journal. I stewed over it, prayed over it; I even asked God to take it away! But to no avail. I finally, after a couple months, shared it with my husband.

Lee is an astounding man, tactful as the day is long. He listened, mused, and told me it was a big, very big endeavor. He said he would be right by my side whatever I decided to do. Whew! First step!
After six months of trying to avoid revealing my vision to anyone else, I was in our Bible study and my leader was taking prayer requests. I found myself asking for prayer regarding this vision I had been carrying (like a big bag of potatoes) for around six months. It just all poured out.

To my amazement every woman there jumped on board! Karen, our leader, called us into a circle and told us to pray together over this idea! And we did! And one by one those ladies circled the wagons.  They encouraged me to go forward and committed to going with me. Some even told me God had been dealing with them for years about this very thing! Everyone wanted to do something to make a difference but nobody knew exactly what, or when, or how.
​
So it began. Our first task was research. Where were there needs. How does one satisfy them. This led directly to the little house and, I am sure, will not stop there.