Funeral, on the farm 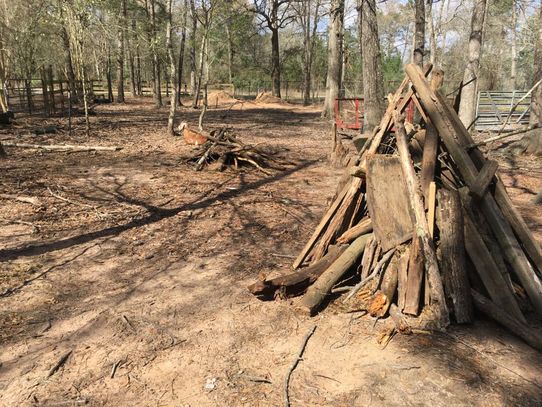 I had no idea anything was wrong until I went out to feed the animals. Only one goat came to the fence. Jack was just laying there on the ground and there were no signs that he had been attacked. He was always the weaker of the two and I checked for signs his brother might have been too aggressive. I could see no signs of foul play from Beau or Hershey the Llama. His brother is just beyond the far pile in this picture and was unusually quiet.

Burying animals is frowned upon in some areas and I have no idea if that means us or not. You can compost bodies but that supposes you have a huge compost pile. Our idea of composting is to feed it to the chickens. No burying and no composting narrows the field.

My solution is cremation. The small pile in the background used to contain all this wood. I had been planning on having a fire when the rotted landscape timbers managed to dry. I put Jack on a small  piece of plywood and stacked wood over him. Nothing, however, is as simple as it seems. 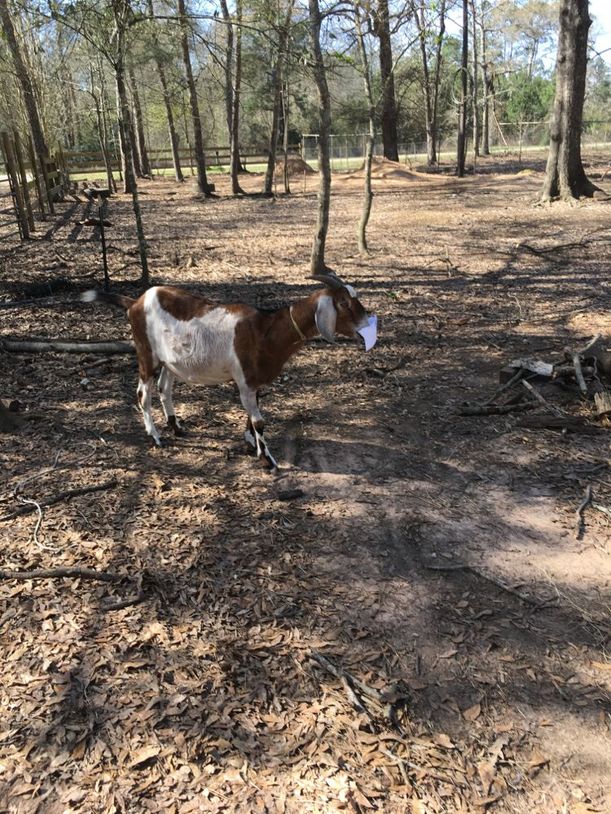 Beau knew something was wrong but he wasn't sure what was going on. I just read that the goat with the longest horns is always alpha. Don't know if that is always true but it was here.

When I was moving his brother he stayed attached to me. He decided he liked this envelope I brought to start the fire. It's not true that goats will eat anything. He spit out the envelope.

I've been watching him much closer but no sign of a problem. Edit: Still true after two weeks. 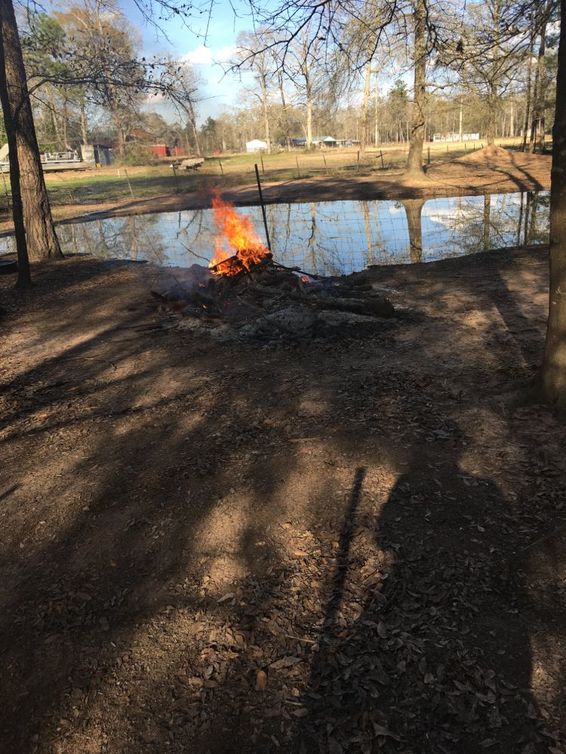 What did the trick was one of those fireplace logs that are made of wax and sawdust. It started the wood going and the job was done.

Jack wasn't just a farm animal, he was a pet. He also wasn't much of an individual in my mind. He was half of a set of twins.

I'm not certain what I want to do with Beau. He might be very depressed without his brother. He certainly had nobody to butt and they sure enjoyed that. The problem is how to be sure he doesn't become Cabrito. I will think on this subject and watch  him for a whie.

When in doubt, do nothing. 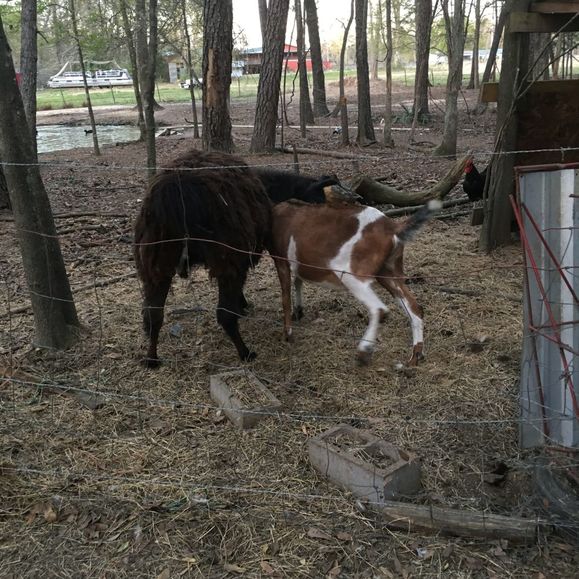 4 March: Well something certainly happened but not sure what. On about the first of March the dogs started barking and didn't stop like they normally do. I came outside to this scene. The goat was trying to gore the llama and you could see the wool hanging on the horn. The llama was biting the goat. They were excited as I have seen them and they were not playing.

I grabbed the dog leash and waded into the middle of them based on the assumption that they would either be intimidated by me or remember that I fed them. I  led the goat away from the llama and towards the gate to the back pasture. Then I opened the gate and chased the llama through.

With them split I left the goat with some food and went towards the back.  The llama was too upset to let me pet him while I was feeding him but found some solace in eating some of a nearby youpon bush. I separated them figuring that Beau had pestered Hershey the same way he had his brother and this was the result. That was the most blowing and snorting I ever heard from them. What to do next.

Well the next day Beau and Hershey were continually at the fence talking to each other. It was also a day that the goat got out of the pasture three times. That's a sign of high discontent. I put them back together and they are getting along great. I hope that continues because the goat is hard to pasture.