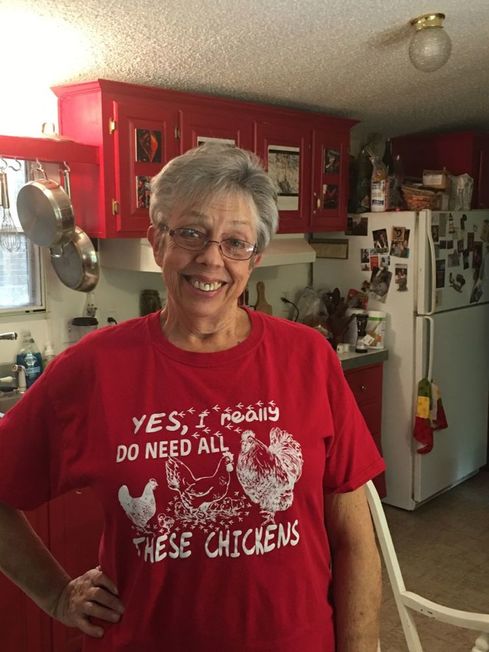 We get out and about quite a bit and a subject that never fails to interest people is our collection of critters. That collection has become well known thanks to the eggs. Today was a fairly light day and we still probably got at least a dozen and a half. That’s a lot more than Sally and I would think of consuming so we just give them away. It’s started to get hot now so the production will back off. Possibly that has already started.


The point is that with all that, our animals have become well known and most of the kids we know have visited the farm. Some of the kids really enjoy the visit and ask us about the donkeys, chickens, ducks etc every time they see us.

​Yesterday, I think we turned a new page. 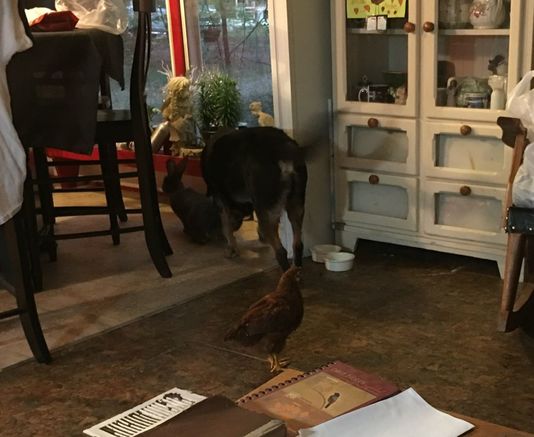 One young mother we know grew up with our oldest granddaughter. She texted Sally and basically asked if we would be willing to take on a couple new critters. One was a 3 month old chicken and the other was a 4 month old rabbit.

We thought for a minute and decided we knew how  to  proceed. We told her yes and she brought them out yesterday.

We feel the rabbit is temporary but who knows. I sure have no intention of growing them but if this one is typical, they certainly seem to have an agreeable demeanor. President Carter might disagree, but I digress. Here you can see Indy inspecting the troops. 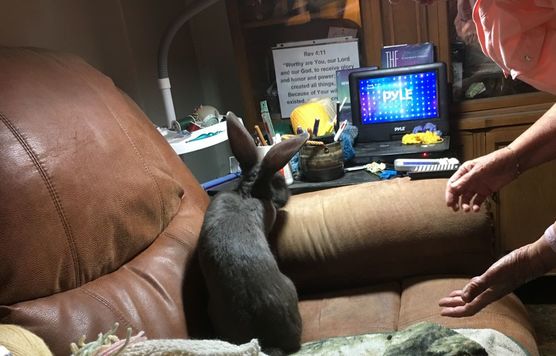 They had been in a cage for two days and one night when we began to introduce them to the inside animals. First in the house was the rabbit who seemed to adapt to the dog fairly well. I held him and petted him and he wasn’t very excited which was not a surprise. He came to us from a home with a great dane.

Then the parrots decided to raise a ruckus "What is this in our home?", and the rabbit had obviously never heard a parrot squawk. He explored the living room until we discovered the small amount of inducement it took to have him have BMs. In the meantime we had brought the chicken inside because we thought the rabbit would calm down with his cage mate. I believe that he did. I actually had seen earlier today the surprising amount of droppings under the cage.  In a couple weeks I think he will be eating weeds and grass so that will stop being much of a problem but tonight that got him taken outside earlier than we intended.

​Now if someone wants to take the rabbit for a pet I could easily be talked into relinquishing all claims. If you want rabbit stew, I guess we will just keep him. 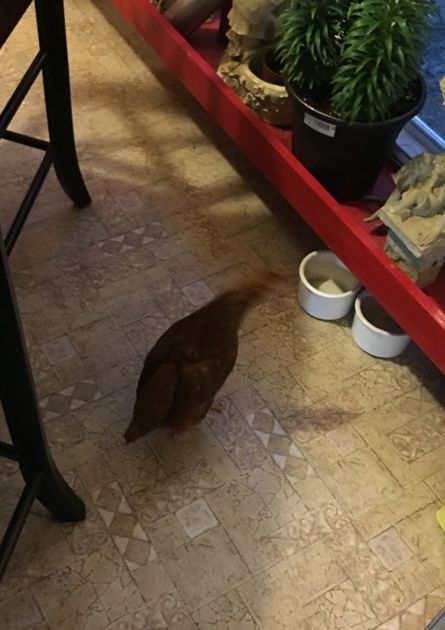 The chicken is one of 3. When they were let out of the cage to free range their numbers quickly reduced to one.  That and our friend going back to work were the two main factors in them coming to us. There is very little here that is remarkable. She has the color of our golden sex links, albeit seemingly smaller.

​She doesn’t know it yet but she is going to fit into a flock much bigger than three. Her role right now is to be the roommate of the bunny. She seems to be doing a good job.