A voice from the past 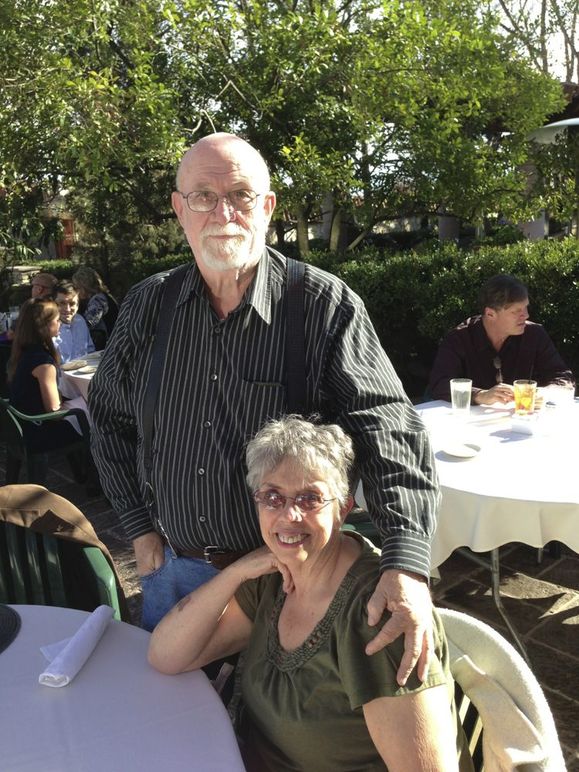 ​My wife was teaching a class for the Vacation Bible School (VBS) at our church. Like always, I got to play along as her sidekick. We had about 40 kids in the front area that were laughing and screaming at the top of their lungs. In the midst of all this my cell phone decides to vibrate. The ringer is normally off in church but it was just vibrating like crazy.

Nowadays I don’t answer my cell phone unless I know the number and this one was  “out of state”. Well lets see who is trying to sell me something now sez I.

I answered and the reply came back with a down easter accent you could cut with a knife. Is this Harold Wilcox asks this obvious citizen of New England?

Now here is the catch. Nobody today calls me Harold and nobody did for years. In the Navy, I was Doc for most of the time but on subs I also gave myself the names Fat Quack, and Old Weird Harold. But after all, in the Navy you are who they say you are. Nowadays, that name is something I use to cut off telemarketers or for just plain old cussedness. If you call me Harold, you got that name from a file somewhere.

This time was different right from the start. Something about the voice seemed right and from a place far far away so I just answered in the affirmative. No sense in quoting (expletives deleted) but the voice seemed to be happy it was me.  Harold, this is Roger Ramjet. My time to be surprised.

That's Roger in the center of the picture and Terry F. on the left. Terry passed away not long ago and even though we didn't make contact after being stationed together, I miss him now. That is me on the right with the stogie.
Roger seemed to find it incongruous  that he found me in church. That is reasonable as there are no churches on submarines. Roger and Art had run the Sonar area when I rode the USS Sailfish. That was my second submarine and covered here  http://www.grangerlandrfd.com/my-second-boat.html. We had stood watch together and everyone on the sub seemed to have his share of misadventures on liberty. Normally together.

Now Roger had spoken to my widow 13 years ago. That was shortly after I died. She had done nothing to make him think it was anyone else.  He had been certain I was dead for all that time. He had told others that I was and I sure don’t blame him for that. How many people named Harold Wilcox can there be. This discussion took place in Silver Springs Maryland which is close to Bethesda. I expect there are a lot of retired Navy medical people there, both living and dead. That explained some things that had happened to me.
​
I had tried to join the Facebook  group for the Sailfish. I was just rejected or neglected the first time and the second time the administrator threw out the question of whether anyone knew me. Jay C. said that he had known me but that I was dead. I objected to that and they accepted me. Well there was a meeting shortly afterwards (Sailfish reunion) and Jay C. told Terrible T. that my name was actually Lazarus. Terrible called me and a little later Terrible called Roger. Bam… Lazarus had risen from the dead.  Anyway we were both happy that I hadn’t died 13 years ago.

Among the things we discussed was that I had loaned him $20 just before I left the boat. He wanted to pay me (he insisted) what he had borrowed but not 47 years worth of interest.  I told him to send me a check made out to one of my submarine names. As good as his word the check arrived a few days later.

Subsequent days with both oral and written discussions confirmed our first impression that we were both still living. More importantly it sparked the urge to meet again. Chuck is the guy here who is between Roger with the jacket of many patches and myself (in the back) with the specs and the stogie. Roger told me that Chuck was now living in New Orleans and that he (Roger) always preferred the winters in Florida to those in Maine. Did I think that we could possibly meet in the middle. That grew to having a mini reunion in New Orleans for three days in March. 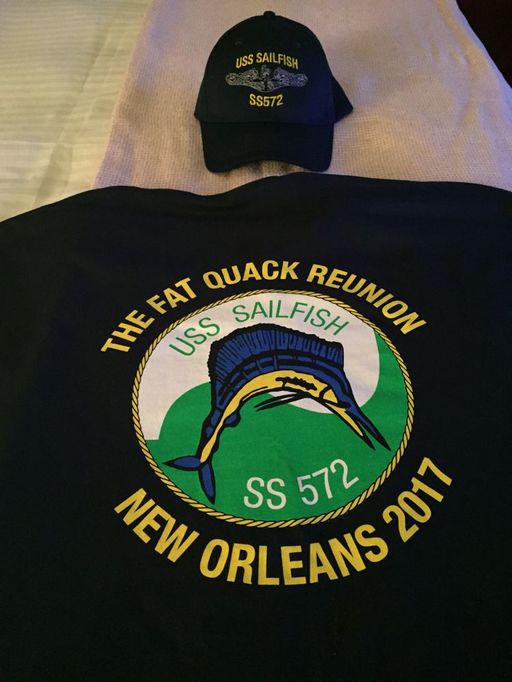 Well there was a reunion. It can be found here: http://www.grangerlandrfd.com/2017-new-orleans.html
​
Chuck and Maurya hosted Sally and I at his house from Monday to Thursday and as a new personal best, he was still talking to me when we left. Roger, started this ball rolling and we found that his next winter is planned for the Texas gulf coast. I expect to see Roger and Becky as well as Chuck and Maurya again.


I met a lot of folks that I hadn’t seen in 47 years and it was great. I say that I met them because they weren't really the same people as before, yet...they were. It seems that most of them hadn’t seen each other either so it was well worth while. Not sure what most of the wives took from the reunion but Sally was certainly impressed. Well done to the folks that carried it off,