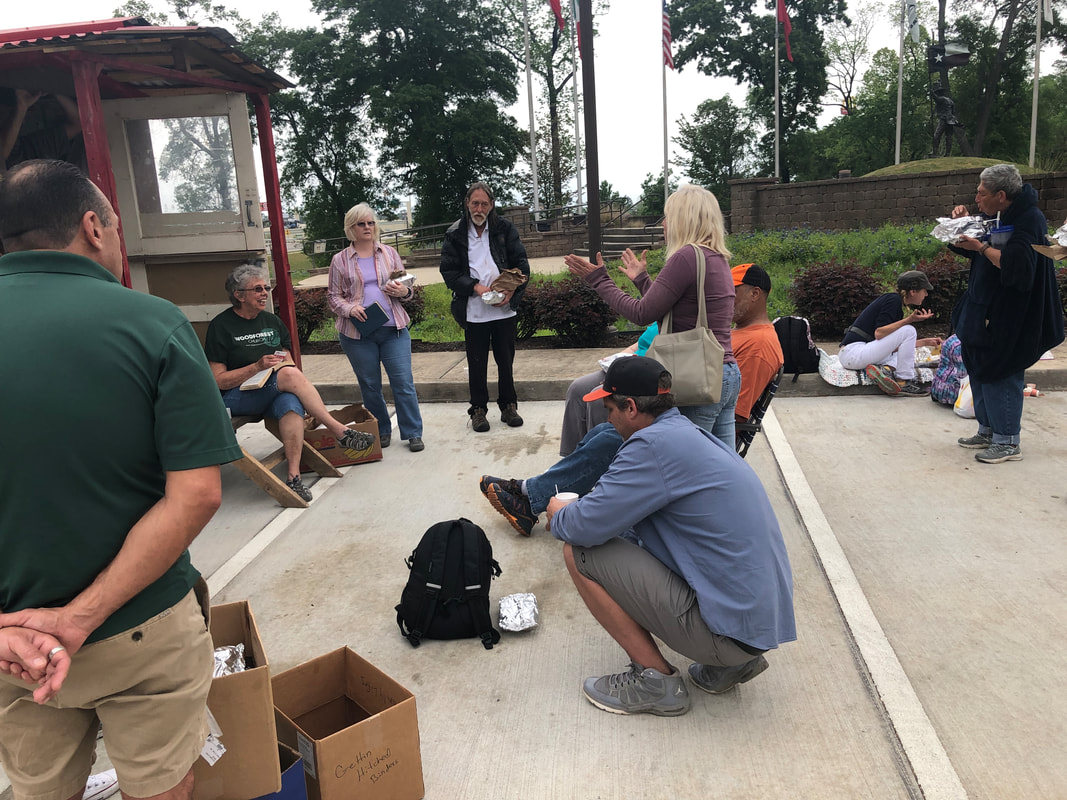 She never saw the truck that put her in the hospital for a month.

Her life had revolved around finding subsistence. Where is the next meal coming from? Where do I lay down my head? Where can I get the occasional shower or clean underwear? Where can I find a cigarette butt that still has something left to smoke. It was one of these butts (laying in the street) that arranged the chance meeting between her and the truck.

Except for the pain, the month in the hospital was a welcome relief. Clean sheets, a shower. Someone even changed the sheets for her.  It was a welcome change from the grass, dirt, and rain that regularly drenched her body and all of her belongings.
​
When she was “well enough” she was released from the hospital without shoes..she had none. She guessed the truck must have knocked them off when it knocked her out. Now what? She was strong. Strong as many men. She left without a word. 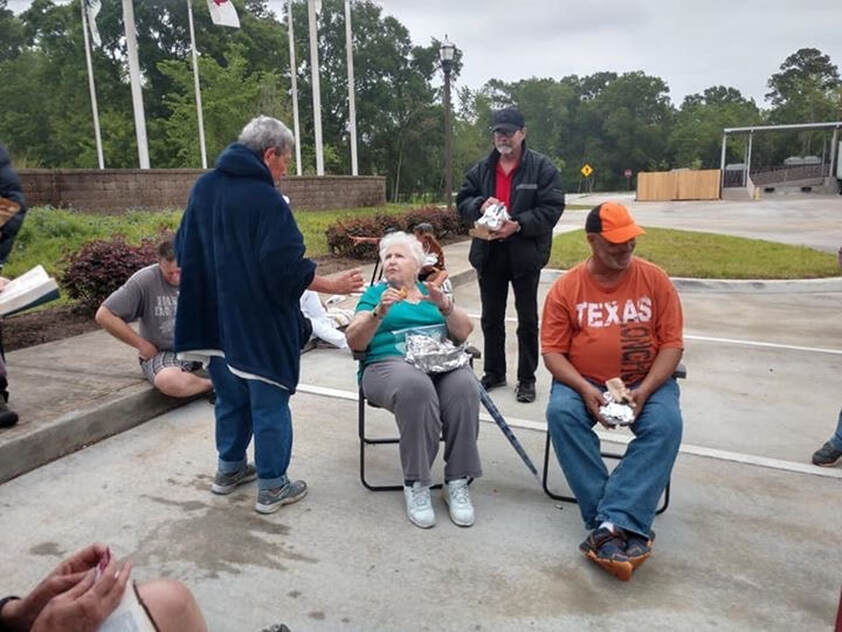 The library was her immediate destination. There she would find shelter and climate control for the next few hours. Then back to survival and finding a place to set up camp. As she walked in she was told by security that “no shoes, no entry.”
​
Fortunately a man was there who understood her predicament. He saw her hospital bracelet and tried to tell them to let her in. It was so hot outside! She had obviously just been released from the hospital. “Have pity” but no, the library must stand by their policies.

What size shoes do you wear, he asked? Size 8 Mens she responded.  He went to the nearby Dollar Store and brought back shoes! She would learn later that he, too, was homeless. But he was not like the others. He really cared. His name was Rodney.
​
Later she left the library and found a “safe place” to sleep for the night. She would feel better tomorrow and find what would be her “home” for the next few months. 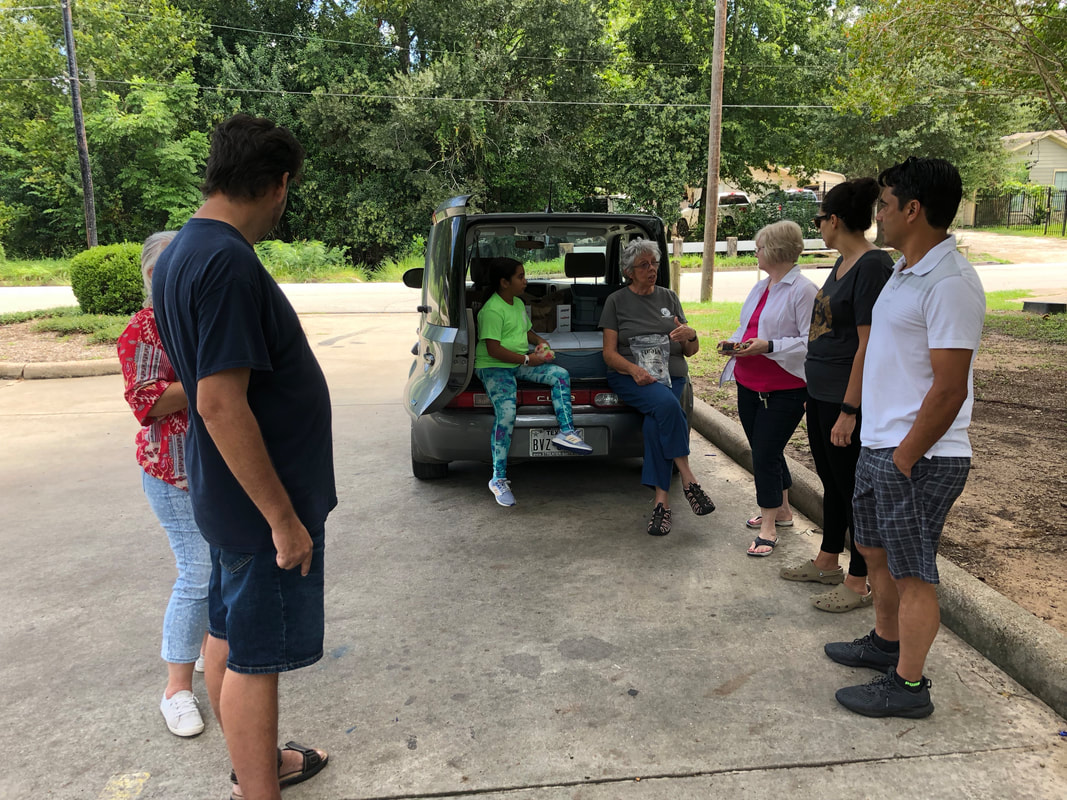 Others lived there and she learned who she could trust (almost no one) and who she should avoid at all costs.

She spent some time with the Salvation Army. They were good for a month and then it was $10 a night. She had nowhere she could find that $70 per week. She was still experiencing a lot of pain and her ID was missing. That could take months to replace and no id means no job. With nothing to prove who she was it seemed that the only answer was to pitch camp in the woods and learn the places one could grab something to eat. ​ 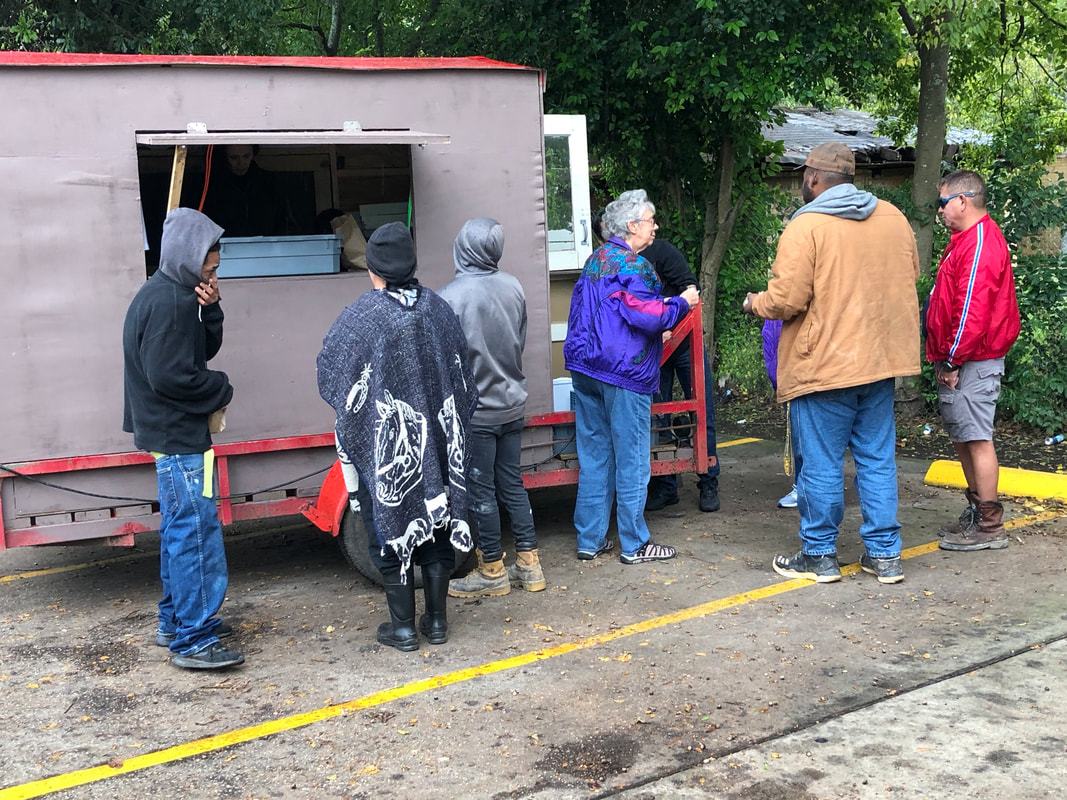 Conroe has a lot of woods but there are those who prey on the camps that are spring up there. A single female is a really choice target. Being anonymous and invisible are things to be desired. Finding a strong companion is also desirable. She managed all those things and became a regular on the free meal circuit.

There were those she called the do-Gooders.  They would appear out of the blue and then you would see them next month, or next year. Christians. Sometimes they would have a little food or a dollar. Then when they had done their good deeds (complete with numerous selfies) they would go merrily on their way.

That was about the time we met her. She was angry at the world. And we were part of that world. But we had food and there was that gnawing in her stomach. She came up to us ready for her handout. She came carrying a stuffed creature...a Grinch!  The Grinch was her persona.

A week or so later we saw her in downtown Conroe and called out a greeting. No reply. Not even a glance. She was trying to be invisible. We saw her at the park the next week, and she was hungry. She began to be where we could find her each week, and she began to trust us.

We gave her a tent. It got “ripped up.” We gave her another one. We kept giving her food each week and finally asked her if she’d like to come to church with us. We made arrangements to pick her up at a parking lot, then a gas station near where she stayed. She has regularly gone with us every week since. Even on Wednesday nights!

She developed a habit of bringing us things. When we picked her up she would hand me a picture, a book, a card, just stuff to say “thank you for caring.” She began to go to  the bible study at Under Over Mission on Monday, Wednesday and Friday. She would always save us a seat. She used to bring crossword books to church with her, now she brings her Bible! I think she went to be around people who accepted her, and there found God as well.

And the Lord has blessed her faithfulness! The Volunteers of America (VOA) have placed her in her own apartment! And Under Over has put her to work! A paying job! Our church family helped her furnish her apartment. The VOA pays her rent until she can manage on her own. They even stocked her cabinets and refrigerator with the essentials. She is a success story. The Church, the Body of Christ, working together to save one more person who is valuable to our Lord!

She has become our friend. She is no longer invisible nor anonymous. It may just be a start but it’s a pretty good one.